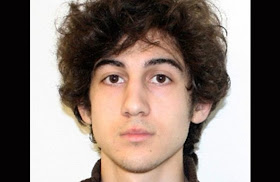 Emory psychologist Scott Lilienfeld is guest blogging in the Washington Post, along with psychiatrist Sally Satel of the American Enterprise Institute, about neuroscience and the trial of Dzhokhar Tsarnaev. The trial is now in the penalty phase after Tsarnaev was found guilty in the Boston Marathon bombing. Following is an excerpt from today's article by Lilienfeld and Satel:

"By saying that Tsarnaev possessed an 'immature teen brain,' the defense is citing a well-established neuroscientific finding that the killer’s brain, like all teenage brains, was still in a formative stage. Indeed, researchers have shown that the human brain is not fully developed until the mid-20s.

"The 'immature brain' and its implications for reduced culpability has become a staple of the juvenile justice movement. The National Juvenile Justice Network has asserted that brain science 'gives advocates and lawyers working on behalf of juveniles scientific proof for their claims.'

"At least five percent of all murder cases that go to trial feature the introduction of neuroscience evidence, according to Nina Farahany, professor of law at Duke University. Ten years ago, that percentage was less than 0.01 percent. Fully 24 percent of capital cases invoke neuroscience as part of a mitigation strategy."