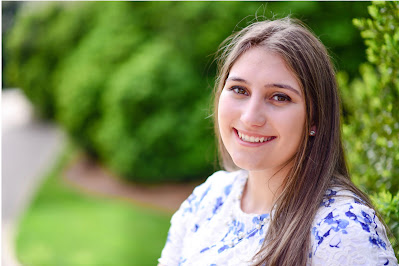 "Genetic studies may help reduce some of the stigma society has against substance use disorders, while also making treatment more accessible," says Victoria Risner, first author of the new study on nicotine dependence, who did the work as an Emory undergraduate.
By Carol Clark

Some people casually smoke cigarettes for a while and then stop without a problem, while others develop long-term, several packs-per-day habits. A complex mix of environmental, behavioral and genetic factors appear to raise this risk for nicotine dependence.

Studies of groups of twins suggest that 40 to 70 percent of the risk factors are heritable. Until recently, however, studies have only explained about 1 percent of the observed variation in liability to nicotine dependence, using a genetic score based on how many cigarettes a person smokes per day.

A study led by psychologists at Emory University offers a new model for examining this genetic risk. It leveraged genome wide association studies for a range of different traits and disorders correlated with nicotine dependence and explained 3.6 percent of the variation in nicotine dependence.

Higher polygenetic scores for a risk for schizophrenia, depression, neuroticism, self-reported risk-taking, a high body mass index, alcohol use disorder, along with a higher number of cigarettes smoked per day were all indicators of a higher risk for nicotine dependence, the study found. And polygenetic scores associated with higher education attainment lowered the risk for nicotine dependence, the results showed.

“If you look at the joint effect of all of these characteristics, our model accounts for nearly 4 percent of the variation in nicotine dependence, or nearly four times as much as what we learn when relying solely on a genetic index for the number of cigarettes someone smokes daily,” says Rohan Palmer, senior author of the study and assistant professor in Emory’s Department of Psychology, where he heads the Behavioral Genetics of Addiction Laboratory.

“What we’re finding,” Palmer adds, “is that to better leverage genetic information, we need to go beyond individual human traits and disorders and think about how risk for different behaviors and traits are interrelated. This broader approach can give us a much better measure for whether someone is at risk for a mental disorder, such as nicotine dependence.” 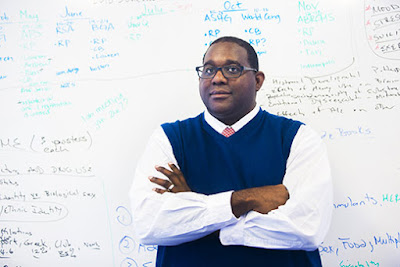 Rohan Palmer heads the Department of Psychology's Behavioral Genetics of Addiction Laboratory that is developing new methods to better understand what makes people vulnerable to substance use disorders.

“All of the traits and diseases we looked at are polygenic, involving multiple genes,” adds Victoria Risner, first author of the study, who did the work as an Emory undergraduate majoring in neuroscience and behavioral biology. “That means that millions of genetic variants likely go into a complete picture for all of the heritable risks for nicotine dependence.”

The researchers hope that others will build on their multi-trait, polygenetic model and continue to boost the understanding of the risk for such complex disorders. “The more we learn, the closer we can get to one day having a genetic test that clinicians can use to inform their assessment of someone’s risk for nicotine dependence,” Palmer says.

Although the hazards of smoking are well established, about 14 percent of Americans report daily use of tobacco. Around 500,000 people die each year in the United States from smoking or exposure to smoke, and another 16 million live with serious illnesses caused by tobacco use, including cancer, cardiovascular disease and pulmonary disease. While the toxic chemicals produced during smoking and vaping are what cause harmful health effects, it’s the addictive component of nicotine that hooks people on these habits.

Risner worked on the current paper for her honors thesis. “Nicotine dependence was interesting to me because the vaping scene was just arriving while I was an undergraduate,” she says. “I saw some of my own friends who were into vaping quickly becoming dependent on it, while some others who were using the same products didn’t. I was curious about the genetic underpinnings of this difference.”

The project leveraged genome-wide association studies for a range of traits and disorders. The researchers then looked for matching variants in genetic data from a national representative sample of Americans diagnosed with nicotine dependence. The results showed how polygenetic scores for the different traits and disorders either raised or lowered the risk for that dependence. The number of cigarettes smoked per day, self-perceived risk-taking and educational attainment were the most robust predictors.

The multi-variant, polygenetic model offers a road map for future studies. A clearer picture of heritability for nicotine dependence, for instance, may be gained by adding more risk associations to the model (such as nicotine metabolism) and clusters of polygenic traits (such as anxiety along with neuroticism).

“As we continue to zero in on who is most at risk for becoming nicotine dependent, and what inter-related factors, whether genetic or environmental, may raise their risk, that could help determine what intervention might work best for an individual,” Palmer says.

“Just a few decades ago, it was not well understood that nicotine dependence could have a genetic component,” Risner says. “Genetic studies may help reduce some of the stigma society has against substance use disorders, while also making treatment more accessible.”

Risner graduated from Emory in 2019 and is now in medical school at the University of North Carolina, Chapel Hill. This summer, she’s applying the coding and analytical skills she learned at Emory to conduct research into genetic factors that may raise the risk for pre-term births.

Emory co-authors of the Nicotine & Tobacco Research article include graduate student Lauren Bertin; post-doctoral fellow Chelsie Benca-Bachman; and Alicia Smith, associate professor in the School of Medicine. Additional authors include researchers from the University of Helsinki; Brown University; the Providence VA Medical Center; the Jackson Laboratory in Bar Harbor, Maine; Purdue University; and the University of Colorado at Boulder.

The work on the Nicotine & Tobacco Research article was funded by the National Institute on Drug Abuse and the Academy of Finland.