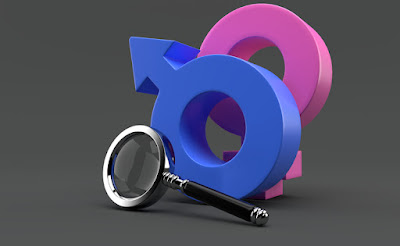 "At this moment in history, the stakes are high," says Emory neuroscientist Donna Maney, senior author of the analysis. "Misreported findings may affect health care decisions in dangerous ways."
By Carol Clark

An analysis of published studies from a range of biological specialties shows that, when data are reported by sex, critical statistical analyses are often missing and the findings are likely to be reported in misleading ways.

The journal eLife published the analysis, done by neuroscientists at Emory University, encompassing studies from nine different biological disciplines that involved either human or animal subjects.

“We found that when researchers report that males and females respond differently to a manipulation such as a drug treatment, 70 percent of the time the researchers have not actually compared those responses statistically at all,” says senior author Donna Maney, a professor of neuroscience in Emory’s Department of Psychology. “In other words, an alarming percentage of claims of sex differences are not backed by sufficient evidence.”

‘’Our results suggest that researchers are predisposed to finding sex differences and that sex-specific effects are likely over-reported in the literature,” Maney says.

This particular problem is common and pertains to Maney’s own previous work, she adds. “Once I realized how prevalent it is, I went back and checked my own published articles and there it was,” she says. “I myself have claimed a sex difference without comparing males and females statistically.”

Maney stresses that the problem should not be discounted just because it is common. It is becoming increasingly serious, she says, because of mounting pressure from funding agencies and journals to study both sexes, and interest from the medical community to develop sex-specific treatments.

Maney is a behavioral neuroendocrinologist interested in how research on sex differences shapes public opinion and policy. Rigorous standards are needed, she says, to ensure that people of all genders have access to care that is appropriate for them.

Yesenia Garcia-Sifuentes, an Emory PhD candidate in the Graduate Program in Neuroscience, is co-author of the eLife analysis.

Better training and oversight are needed to ensure scientific rigor in research on sex differences, the authors write: “We call upon funding agencies, journal editors and our colleagues to raise the bar when it comes to testing for and reporting sex differences.”

Historically, biomedical research has often included just one sex, usually biased toward males. In 1993, Congress wrote a policy into law to ensure that women are included in clinical studies funded by the National Institutes of Health whenever feasible, and that the studies be carried out so that it is possible to analyze whether the variables being studied affect women differently than other participants.

In 2016, the NIH announced a policy that also requires the consideration of sex as a biological variable when feasible in basic biological studies that it funds, whether that research involves animals or humans.

“If you’re trying to model anything relevant to a general population, you should include both sexes,” Maney explains. “There are a lot of ways that animals can vary, and sex is one of them. Leaving out half of the population makes a study less rigorous.”

As more studies consider sex-based differences, Maney adds, it is important ensure that the methods underlying their analyses are sound.

For the eLife analysis, Garcia-Sifuentes and Maney looked at 147 studies published in 2019 to investigate what is typically used as evidence of sex differences. The studies ranged across nine different biological disciplines and included everything from field studies on giraffes to immune responses in humans.

The studies that were analyzed all included both males and females and separated the data by sex. Garcia-Sifuentes and Maney found that the sexes were compared, either statistically or by assertion, in 80 percent of the articles. And, within those articles, sex differences were reported in 70 percent of them and treated as a major finding in about half of those.

The problem with that approach is that the statistical tests conducted on each sex can’t give “yes” or “no” answers about whether the treatment had an effect.

“Comparing the outcome of two independent tests is like comparing a ‘maybe so’ with an ‘I don’t know’ or ‘too soon to tell,’” Maney explains. “You’re just guessing. To show actual evidence that the response to treatment differed between females and males, you need to show statistically that the effect of treatment depended on sex. That is, to claim a ‘sex-specific’ effect, you must demonstrate that the effect in one sex was statistically different from the effect in the other.”

“At this moment in history, the stakes are high,” Maney says. “Misreported findings may affect health care decisions in dangerous ways. Particularly in cases where sex-based differences may be used to determine what treatment someone gets for a particular condition, we need to proceed cautiously. We need to hold ourselves to a very high standard when it comes to scientific rigor.”

Sex-based data in the spotlight

A beginner's guide to sex differences in the brain