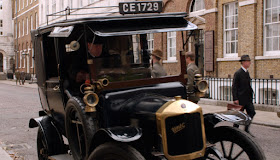 A British taxi numbered 1729 sparked the most famous anecdote in math and led to the origin of "taxi-cab numbers." The incident is included in an upcoming biopic of Ramanujan, "The Man Who Knew Infinity," featuring Dev Patel in the lead role. Above is a still from the movie. (Pressman Films.)

Taxi-cab numbers, among the most beloved integers in math, trace their origins to 1918 and what seemed like a casual insight by the Indian genius Srinivasa Ramanujan. Now mathematicians at Emory University have discovered that Ramanujan did not just identify the first taxi-cab number – 1729 – and its quirky properties. He showed how the number relates to elliptic curves and K3 surfaces – objects important today in string theory and quantum physics.

“We’ve found that Ramanujan actually discovered a K3 surface more than 30 years before others started studying K3 surfaces and they were even named,” says Ken Ono, a number theorist at Emory. “It turns out that Ramanujan’s work anticipated deep structures that have become fundamental objects in arithmetic geometry, number theory and physics.”

Ono and his graduate student Sarah Trebat-Leder are publishing a paper about these new insights in the journal Research in Number Theory. Their paper also demonstrates how one of Ramanujan’s formulas associated with the taxi-cab number can reveal secrets of elliptic curves.

“We were able to tie the record for finding certain elliptic curves with an unexpected number of points, or solutions, without doing any heavy lifting at all,” Ono says. “Ramanujan’s formula, which he wrote on his deathbed in 1919, is that ingenious. It’s as though he left a magic key for the mathematicians of the future. All we had to do was recognize the key’s power and use it to drive solutions in a modern context.”

“This paper adds yet another truly beautiful story to the list of spectacular recent discoveries involving Ramanujan’s notebooks,” says Manjul Bhargava, a number theorist at Princeton University. “Elliptic curves and K3 surfaces form an important next frontier in mathematics, and Ramanujan gave remarkable examples illustrating some of their features that we didn’t know before. He identified a very special K3 surface, which we can use to understand a certain special family of elliptic curves. These new examples and insights are certain to spawn further work that will take mathematics forward.” 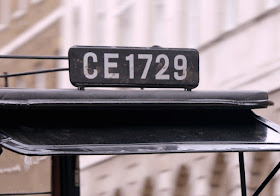 A close-up of the taxi-cab plate, in a scene from the upcoming movie, "The Man Who Knew Infinity." (Pressman Films.)

Ramanujan, a largely self-taught mathematician, seemed to solve problems instinctively and said his formulas came to him in the form of visions from a Hindu goddess. During the height of British colonialism, he left his native India to become a protégé of mathematician G.H. Hardy at Cambridge University in England.

By 1918, the British climate and war-time rationing had taken their toll on Ramanujan, who was suffering from tuberculosis. He lay ailing in a clinic near London when Hardy came to visit.

Wanting to cheer up Ramanujan, Hardy said that he had arrived in taxi number 1729 and described the number “as rather a dull one.” To Hardy’s surprise, Ramanujan sat up in bed and replied, “No, Hardy, it’s a very interesting number! It’s the smallest number expressible as the sum of two cubes in two different ways.”

Ramanujan, who had an uncanny sense for the idiosyncratic properties of numbers, somehow knew that 1729 can be represented as 1 cubed + 12 cubed and 9 cubed + 10 cubed, and no smaller positive number can be written in two such ways.

This incident launched the “Hardy-Ramanujan number,” or “taxi-cab number,” into the world of math. To date, only six taxi-cab numbers have been discovered that share the properties of 1729. (These are the smallest numbers which are the sum of cubes in n different ways. For n=2 the number is 1729.)

The original taxi-cab number 1729 is a favorite nerdy allusion in television sitcoms by Matt Groening. The number shows up frequently as an inside joke in episodes of “Futurama” and the “The Simpsons.”

But like much of Ramanujan’s discoveries, 1729 turned out to contain hidden meanings that make it much more than a charming mathematical oddity.

“This is the ultimate example of how Ramanujan anticipated theories,” Ono says. “When looking through his notes, you may see what appears to be just a simple formula. But if you look closer, you can often uncover much deeper implications that reveal Ramanujan’s true powers.” 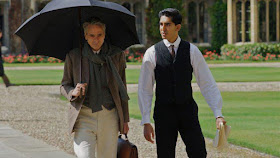 Much of Ono’s career is focused on unraveling Ramanujan mysteries. In 2013, during a trip to England to visit number theorists Andrew Granville and John Coates, Ono rummaged through the Ramanujan archive at Cambridge. He came across a page of formulas that Ramanujan wrote a year after he first pointed out the special qualities of the number 1729 to Hardy. By then, the 32-year-old Ramanujan was back in India but he was still ailing and near death.

“From the bottom of one of the boxes in the archive, I pulled out one of Ramanujan’s deathbed notes,” Ono recalls. “The page mentioned 1729 along with some notes about it. Andrew and I realized that he had found infinitely near misses for Fermat’s Last Theorem for exponent 3. We were shocked by that, and actually started laughing. That was the first tip-off that Ramanujan had discovered something much larger.”

Fermat’s Last Theorem is the idea that certain simple equations have no solutions – the sum of two cubes can never be a cube. Ramanujan used an elliptic curve – a cubic equation and two variables where the largest degree is 3 – to produce infinitely many solutions that were nearly counter examples to Fermat’s Last Theorem.

Elliptic curves have been studied for thousands of years, but only during the last 50 years have applications been found for them outside of mathematics. They are important, for example, for Internet cryptography systems that protect information like bank account numbers.

Ono had worked with K3 surfaces before and he also realized that Ramanujan had found a K3 surface, long before they were officially identified and named by mathematician André Weil during the 1950s. Weil named them in honor of three algebraic masters – Kummer, Kähler and Kodaira – and the mountain K2 in Kashmir.

Just as K2 is an extraordinarily difficult mountain to climb, the process of generalizing elliptic curves to find a K3 surface is considered an exceedingly difficult math problem.

Ono and Trebat-Leder put all the pieces in Ramanujan’s notes together to produce the current paper, illuminating his finds and translating them into a modern framework.

“Ramanujan was using 1729 and elliptic curves to develop formulas for a K3 surface,” Ono says. “Mathematicians today still struggle to manipulate and calculate with K3 surfaces. So it comes as a major surprise that Ramanujan had this intuition all along.”

Ramanujan is well-known in India, and among mathematicians worldwide. He may soon become more familiar to wider audiences through an upcoming movie, “The Man Who Knew Infinity,” by Pressman Films. Ono served as a math consultant for the movie, which stars Dev Patel as Ramanujan and Jeremy Irons as Hardy. (Both Ono and Bhargava are associate producers for the film.)

“Ramanujan’s life and work are both a great human story and a great math story,” Ono says. “And I’m glad that more people are finally going to get to enjoy it.”

Related:
Math shines with the stars in 'The Man Who Knew Infinity'
Doing math with movie stars
New theories reveal the nature of numbers
Math theory gives glimpse into the magical mind of Ramanujan
eScienceCommons at 8:01 AM
Share